Natural pastures and crop residues are used as livestock feed in the dry season for dairy animals. However, dairy production in Malawi is constrained by energy and protein deficiencies due to a high dependency on these natural pastures. Researchers have identified using cassava leaves to make silage or hay as an excellent strategy to supplement dairy cow feeding during the dry season to address the deficiency problem. 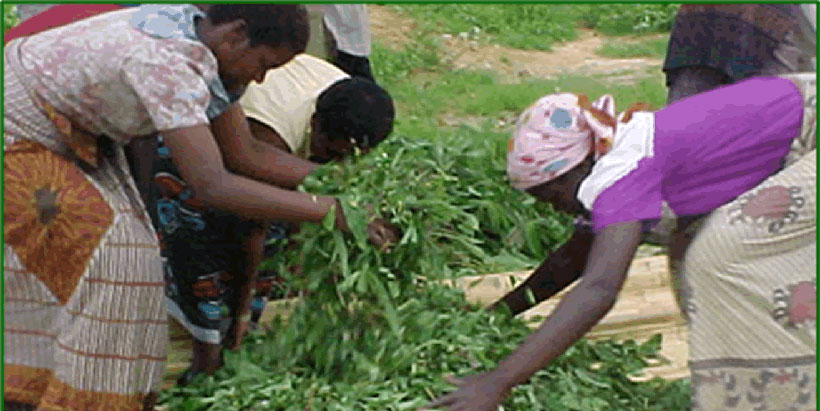 The use of cassava silage for livestock is being promoted by the Roots and Tuber Crops for Agricultural transformation in Malawi (RTC-Action) project under the cassava component led by IITA in collaboration with the Department of Agriculture Services (DARS).

The dairy cattle farmers have started using silage and are seeing an increase in milk production while making significant savings on the cost of feed by using fodder made from cassava leaves and roots instead of maize-based and other dairy feeds. Preliminary results indicate that supplementing cow feed with an average of 1.6 kg of cassava leaf-based hay per day per cow increases milk production from 6 to 8.5 liters. Cassava leaf silage has enormous value and can compensate for the lack of protein in cassava root powder to meet the animals’ feed needs during winter and the dry season. 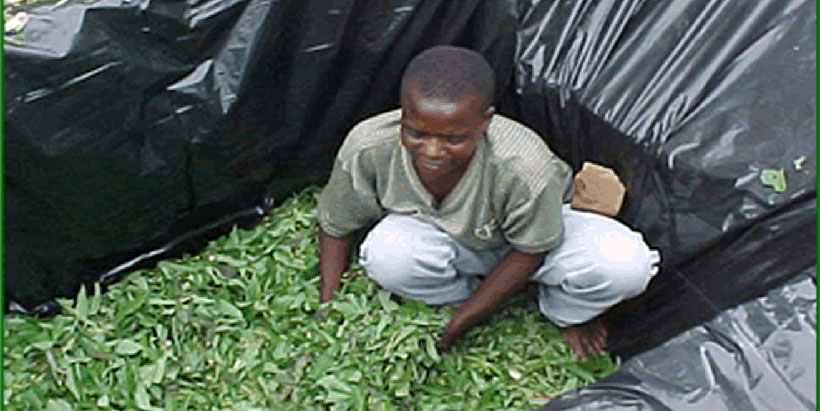 The project supports six milk bulking groups with more than 400 farmers, training them on cassava silage production, business management, and good cassava farming. They produce cassava silage by chopping up cassava plants, at 3–4 months after planting, into small pieces manually or using motorized or tractor-driven choppers. They mix these with chopped fresh roots in a ratio of 80% leaves to 20% roots. The mixture is put in plastic bags or in lined pits, compacted to expel all air, and sealed to allow aerobic fermentation. It is a cheaper alternative to store-bought cattle daily mash, and so reduces feed costs for farmers.

The Lusangadzi Dairy Farmers Cooperative Society, located in Mzimba District, is one of the groups the project supports. Formed in 1980, the government helped them with a cooling room and equipment for milk processing. The group currently has a membership of 183 farmers, 131 of whom own cattle. Every morning, farmers from the community flock to the cooperative as a collection point for milk sale, giving an average of 15,000 liters of milk collected every month. 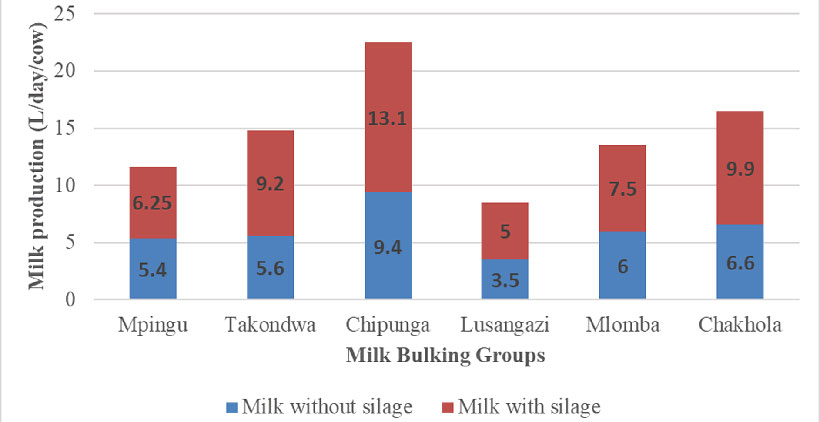 The effect of cassava silage on milk production.

“Soon after the farmers started feeding dairy cattle with silage, milk production started increasing from 400 liters to 500 liters on average per day compared to those that were fed on maize silage and other feeds. We found cassava silage cheaper than dairy mash, which we used to buy from shops. With such an increase in dairy milk, we are currently constructing a hall for income generation so that our group can continue growing,” said Hesco Banda, the chairman of the group.

Lusangadzi group is now selling its milk to Mzuzu dairy at a much better price than selling to milk vendors. The group has also said that there is an improvement in the milk quality with cassava silage. However, scientists are yet to prove this with lab analysis. 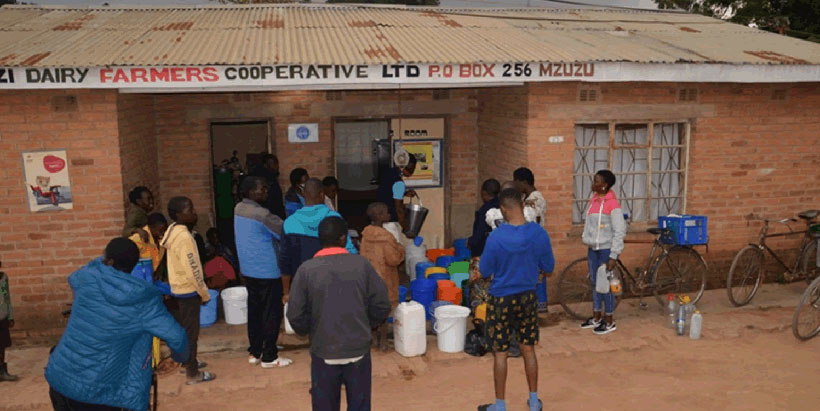 One challenge for the farmers is the limited production of cassava in the areas. Farmers sometimes run out of cassava biomass and must buy from other farmers in other locations. They are, therefore, now aiming to increase cassava production in their area with improved cassava seed.